People are living longer these days. In the early 1900s, the average life reached 55 years old, and according to Our World in Data, the average expectancy as of 2020 was 79 (Our World in Data). Many of these older people are keeping an open mind and looking for alternatives when it comes to treating their increasing symptoms that come with old age. There is a trend that has captured the attention of these older people. Middle-aged and older adults are dealing with common ailments such as chronic pain, sleep disturbance, and increased anxiety. Medical cannabis has become more accepted in the last 20 years, but a significant milestone occurred in 2009 when the Department of Justice issued the Ogden Memo, which said: “Priorities should not focus federal resources in your States on individuals whose actions are in clear and unambiguous compliance with existing state laws providing for the medical use of marijuana”(Ogden Memo ). This memo allows medical cannabis patients to feel safe and that they are not violating any laws. According to the Pew Research Center, “Times have changed. In 1969, only 12 percent of Americans favored legalizing marijuana. By 2014, that number had grown to 54 percent”(Pew Research Center). Medical cannabis has become a popular treatment among middle age to elderly adults due to increased legalization, medical research confirming efficacy and safety, social acceptance, and availability. This generation has the opportunity to rely on natural medicine in place of the more toxic pharmaceuticals that have been the standard of care. If the use of medicinal cannabis continues to catch on, it will allow patients to live a fuller life into old age and might offer a viable solution to the opioid crisis.

Cannabis has been used for centuries all over the world. In fact, in 1619, when our country was in its infancy, the Virginia Assembly required every farmer to grow hemp because it was useful for fabric, rope, and medicinal purposes. Cannabis continued to be a regular crop and remained essential in many industries. However, now, after sixty years of cannabis being outlawed, individual states have taken it upon themselves to make it legal for their own residents. There are currently forty-four states that have legalized medical cannabis in some form and each state has made it available based on different sets of parameters, such as qualifying symptoms and medical history. Because of this political development, patients are now able to participate in the medical cannabis movement. Prior to the acceptance of medical cannabis, most law-abiding people were unwilling to engage in this trend at the risk of being arrested. Fifteen states also allow cannabis to be recreational, meaning there is no need for medical certification, however, these states, ironically, have a robust medical cannabis program. The general acceptance of cannabis in these particular recreational states influences otherwise skeptical patients who would like to be responsible and hear from a professional that using cannabis is therapeutic and beneficial. The laws further regulate that only cannabis grown in that particular state can be sold there. Though cannabis has laws regulating its access, middle-aged to older patients with qualifying symptoms can easily participate in most states’ medical cannabis programs.

To further understand where medical cannabis is today, let’s look back on its controversial history and its road to legalization. The establishment of laws prohibiting growing, selling, and using cannabis in the 20th century can be traced back to the Mexican immigration in the early 1900s. The Mexicans brought cannabis with them everywhere they went, and many racist Americans, who were worried about losing their labor jobs, created a fiction that the Mexican cannabis caused madness, crime, and violence ( Campos 6), leading to legal measures prohibiting cannabis. Harry Anslinger, the first commissioner of the U.S. Treasury Department’s Federal Bureau of Narcotics, banned marijuana in 1937 with the Marijuana tax act, which banned the act of processing and selling cannabis. Nevertheless, in the 1960s-70s, the counterculture rebels, including hippies and rock and rollers, made using drugs, including cannabis, part of their mantra fighting against a rigid society. The Controlled Substance Act was passed in 1970, which replaced the Marijuana Tax Act and made cannabis prohibited on a federal level. Although first lady Nancy Reagan led a successful Just Say No campaign in the 1980s to persuade the public from using illegal drugs, including cannabis, in 1996, a proposition known as Prop 215 surfaced and created a legal pathway for medical cannabis in the state of California. This proposition highlights the overarching reach of the government on cannabis by stating, “They perceive unnecessary governmental restrictions on their proper and appropriate care. Their general perception is that the government opposition to this appropriate treatment is based purely on a law-and-order position with indifference to their respective plights.” Prop 215 was created mainly for patients who suffered from cancer and AIDS, so they would not have to be arrested for the use of cannabis. After the Prop 215 campaign, more states followed this course of action and started to open their states to medicinal cannabis. In 1998, Oregon, Alaska, and Washington State all made medical cannabis available, and many more states have followed suit. By increasing cannabis legalization, there are now more options for sick patients to get treatment with cannabis.

It would be irresponsible to ignore the fact that due to medical cannabis legalization, individual states stand to gain lots of financial income. Medical Cannabis is taxed, and states that have successful medical cannabis programs are able to divide the tax revenue and allocate it to much-needed sectors, such as education, human services, and public health. States see this tax source as a windfall and are eager to take advantage of this opportunity, which generates so much revenue. The legal Cannabis market is projected to do 25 Billion dollars in sales by 2025. Cannabis is one of the fastest-growing industries in the US (Ben Curren). States are making medical cannabis available to help themselves in addition to helping patients.

Another key factor behind the medicinal cannabis trend is the health and safety aspects confirmed by medical research motivating the middle-aged and elderly population to try this alternative treatment. In 1992 a new physiological system in the body was discovered by Dr. Rafael Mechoulam, an Israeli researcher. This system, known as the Endocannabinoid System, regulates the functions of multiple organs and tissues of the body and balances your body’s reaction to numerous external and internal environment changes such as stress and pain. Although all researchers agree that this discovery needs more studies, there is ample anecdotal evidence and case studies that medical cannabis is safe and beneficial. Researchers, Kunos and Pacher of the National Institute of Health wrote:“… modulating endocannabinoid system activity may have therapeutic potential in almost all diseases affecting humans, including obesity/metabolic syndrome, diabetes and diabetic complications, neurodegenerative, inflammatory, cardiovascular, liver, gastrointestinal, skin diseases, pain, psychiatric disorders, cachexia, cancer, chemotherapy-induced nausea, and vomiting, among many other”. (Pál Pacher and George Kunos). One particular case study done in a skilled nursing home in Riverdale NY in 2019 revealed, “Residents reported a sustained improvement in chronic pain severity resulting in reduced use of opioids and an improved sense of well-being, improved rigidity complaints in the 2 patients with Parkinson’s disease, and marked reduction in seizure activity (down from twice weekly to 1 to 2 episodes per month on average) in the patient with seizure disorder”( Jahan Marcu 13). Cannabis therapy works by manipulating the body’s Endocannabinoid System by mimicking your body’s natural endocannabinoids resulting in the desired outcome. Cannabis is a valuable drug, especially compared to opioids; it is often used in conjunction with opioids or instead of opioids to relieve pain. Opioid use is dangerous and unsettling to patients because of the propensity to become addicted and the relatively high mortality rate. Cannabis on the other hand, according to the World Health Organization “has no confirmed cases of human deaths from cannabis poisoning in the world medical literature.” and based on animal studies, the World Health Organization states “the lethal dose in humans could not be very easily achieved by smoking or ingesting the drug. (Grinspoon and Bakalar, 1993; Rosencrantz, 1983)”

Another fundamental role in the uptick of older patients using medical cannabis is the social component. Because of the outlaw of cannabis in 1937, and the successful anti-cannabis campaign over the next 4 decades, a stigma around cannabis emerged and sustained. As we move forward, the stigma around medical cannabis has diminished. Peter Grinspoon, a physician and contributor to Harvard Health Publishing, states: “Cannabis use among the elderly is growing as there are more public acceptance and reduced stigma. Medical cannabis is increasingly viewed as an effective option for managing insomnia and chronic pain”( Peter Grinspoon). Dr. Grinspoon views medical Cannabis as a legitimate replacement for many of the medications used to treat chronic pain and insomnia, and the reduced stigma has allowed for this to happen. Benjamin H. Han, MD; Joseph J. Palamar, Ph.D., found in a recent JAMA paper statistics that confirm Dr. Grinspoons claims: “ The use of cannabis in the past year by adults 65 years and older in the United States increased sharply from 0.4% in 2006 and 2007 to 2.9% in 2015 and 2016” (Benjamin Han; Joseph J. Palamar). AARP, an organization that has the ear of millions of older and retired Americans, recently reduced the cannabis stigma by stating that medical Cannabis is helpful to older patients in many ways. This was undoubtedly a significant step forward out of the shadows for medical cannabis ( Peter Grinspoon). Medical cannabis has a lot of advocates that are championing the cause. Not surprisingly, many of them are pop culture artists like Willie Nelson, Woody Harrelson, and Snoop Dog, however, there are also scientific leaders behind this trend as well; the most well-known is Dr. Sanjay Gupta. Gupta is the chief medical correspondent for CNN. In 2013 he created a documentary on the benefits of medical cannabis and dispelling the stigma. This program was shown to millions on TV and has garnered over 500,0000 views since it was posted on youtube three years ago, furthering the normalization of the drug. Gupta also added that he was sorry for the role he played, as a medical practitioner in demonizing medical cannabis (Ryan Jaslow) Based on the mainstream influence of AARP, Sanjay Gupta and statistical research, such as the JAMA paper medical cannabis’ image is no longer that of the hippie, stoner, and criminal. 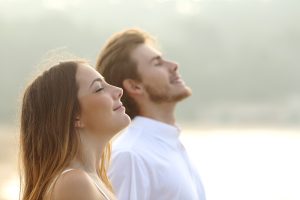 Middle-aged to older patients are finding that medical cannabis is a beneficial and valuable drug that can take the place of or reduce other pharmaceuticals such as opioids and toxic sleep medicines. Patients are finding that if they can overcome the stigma, the safety and efficacy of medical cannabis are acceptable. As a bonus, many of these patients feel like they are part of a revolution and have nostalgic feelings that refer back to their own youth. So in addition to all the medical research, there is a surprising fountain of youth aspect that medical cannabis has uncovered. There are ample health benefits for patients and fiscal benefits for states that this incredible green plant has provided, after such a turbulent history. According to Doctor Lester Grinspoon, emeritus professor, Harvard Medical School, “Marijuana is effective at relieving nausea and vomiting, spasticity, appetite loss, certain types of pain, and other debilitating symptoms. And it is extraordinarily safe, safer than most medicines prescribed every day. If marijuana were a new discovery rather than a well-known substance carrying cultural and political baggage, it would be hailed as a wonder drug.” (Lester Grinspoon ) As the medical cannabis trend continues to evolve, I think there will be more research and political allowances that will spur more patients to try this alternative to conventional medicine.